The Terrier Derby was inspired by my Jack Russell Smudge who, having had a couple of goes at country fairs, became completely obsessed with racing. He was the “model” for the Terrier Derby image. First held in front of the Epsom grandstand, it started as a side event of the Epsom Trainers Day in 2003, with about 16 terriers and won by (you guessed it) Smudge, who also won the following year.

Since then it has grown to over 70 terriers in the past few years with the sixteenth running in 2019 won by Jasper, a superb example of a working Jack Russell, owned by Divena Chambers. Jasper along with gallant finalists Rocky, Paddy and Frank all braved exceptionally hot conditions to battle through the heats and quarter finals.

Over the years theTerrier Derby has received extensive media coverage in local papers, including the Guardian and Surrey Mirror, together with regular features on Radio Surrey, the Jo Good show on BBC Radio London plus a nationwide 20 minute spot on the Hawksbee and Jacobs show on Talksport.

A poll among dog owners on Epsom Downs and other popular dog walking spots reveals an extraordinary awareness of the Terrier Derby. 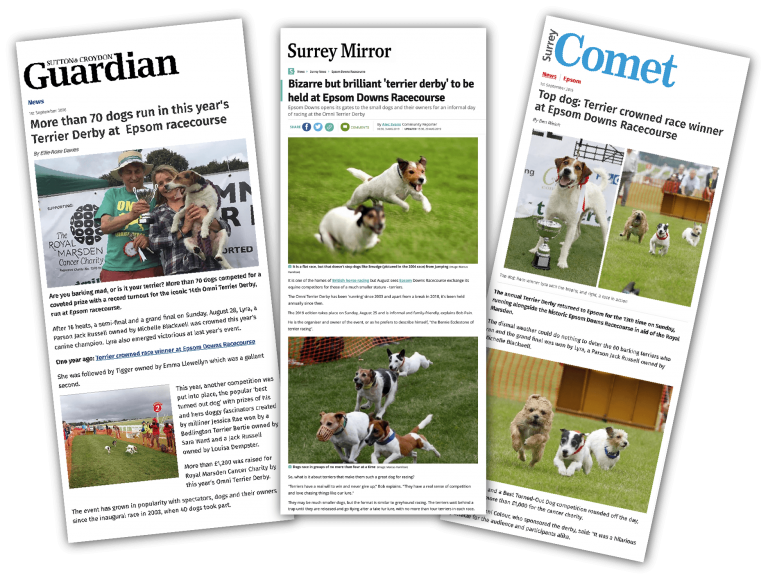